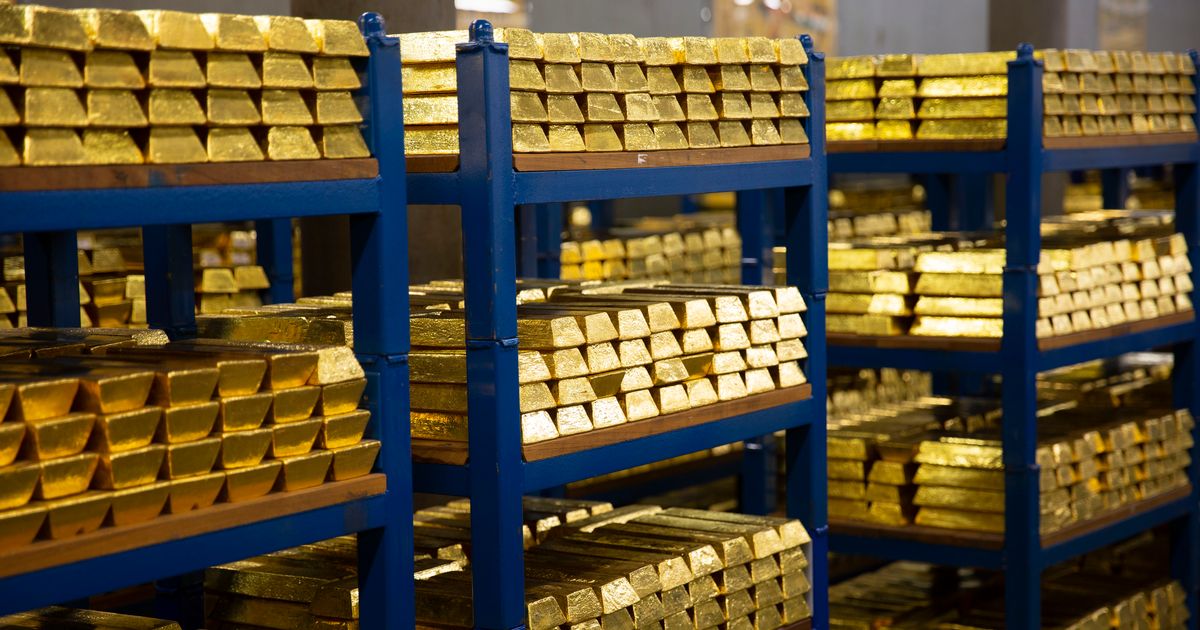 Gold Bullion in a Vault

Global central bank gold reserves rose by over 84 Tonnes during a turbulent first quarter of 2022, reports the World Gold Council.

During a crisis-strewn quarter marked by geopolitical tensions and surging inflation, central bank net demand for gold was somewhat muted, but nonetheless positive. This corresponds with the findings from the World Gold Council’s 2021 central bank survey: for the first time respondents highlighted gold’s performance during periods of crisis as the top reason to hold gold.

The U.S., Germany, Italy, France, Russia, China, Switzerland, Japan, India and the Netherlands hold the highest gold reserves (in tons). While there have been minor changes in positions over the years, the top ten nations ranking has remained pretty much the same since 2009. The buying patten by these nations and all others reflect the policy stance taken the central banks, based on macroeconomic factors, financial stability and global environment.

Egypt was the biggest buyer in Q1 this year (2022), reporting a 44t (+54%) increase in its gold reserves in February. This took total gold reserves to 125t, or 17% of total reserves which is on the higher end when compared to the country’s regional peers. For some time, Egypt has been adding gold from a domestic mine but usually in small increments. The Egyptian government has also been taking steps to ramp up domestic gold production in the long term. 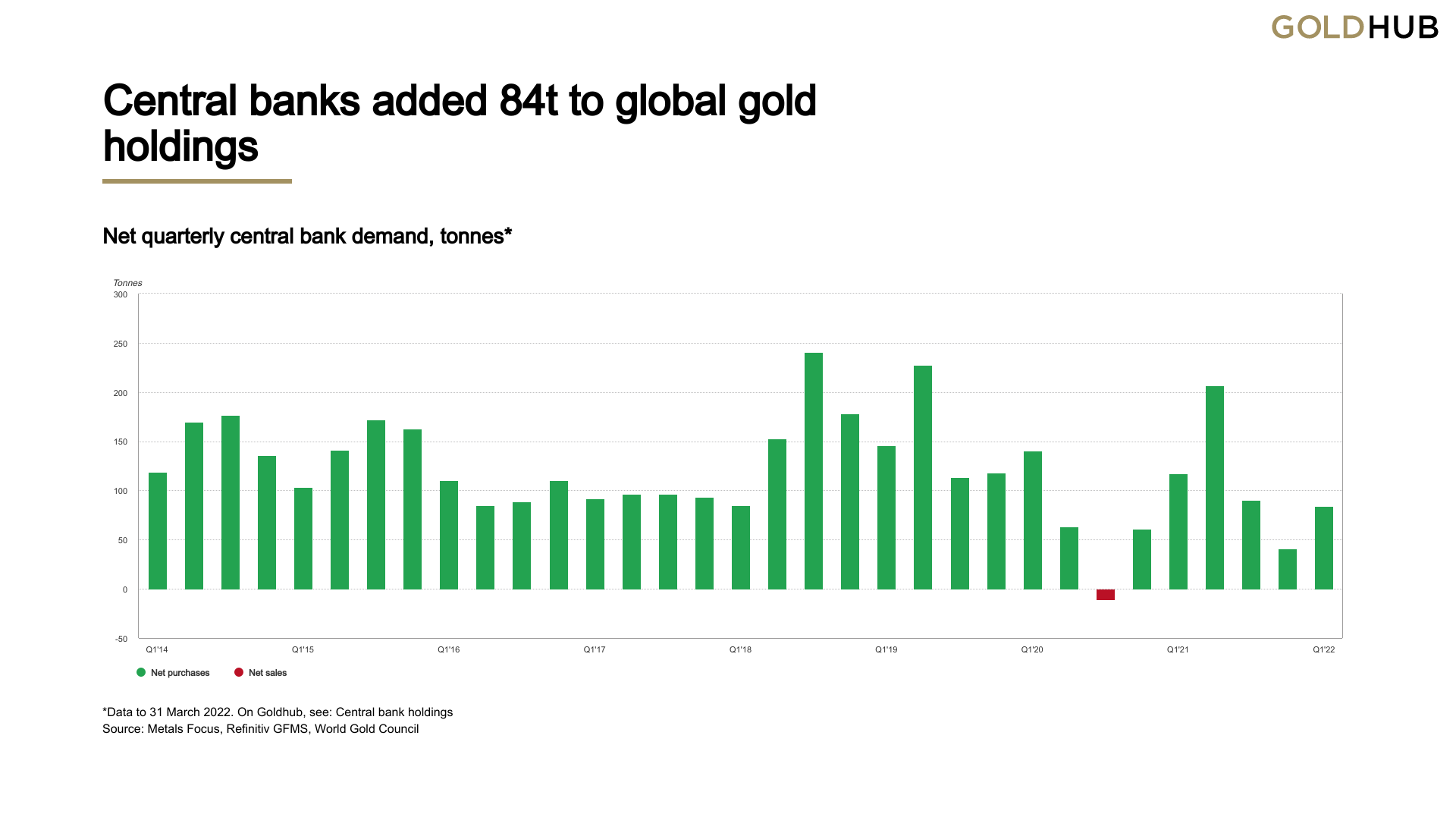 Ireland was the other notable purchaser during Q1 2022, adding a further 2t of gold on top of the nearly 4t bought in H2 last year.  It also remains the only active buyer among developed market central banks, and while its monthly additions have been modest, it has increased overall reserves by 88%% since August 2021. 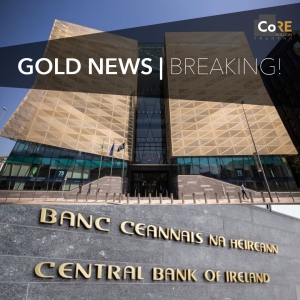 Other notable Central Bank gold increases are as follows:

Why are they buying?…

The question must then be asked; Why are these Central Banks stocking up on gold?

“Gold will retain its value even when someone cuts off the power to the global financial system, destroying traditional assets based on electronic accounting records. Of course, we do not assume that this will happen. But as the saying goes – forewarned is always insured. And the central bank is required to be prepared for even the most unfavourable circumstances. That is why we see a special place for gold in our foreign exchange management process.”

Looking ahead, the World Gold Council expects central banks to remain net purchasers of gold in 2022, saying “gold might attract further interest as a diversifier as central banks seek to reduce exposure to risk amid heightened uncertainty.”

But the WGC cautioned that slower economic growth and rising inflation may restrain central bank gold demand in the short term.

If you would like to find out more about buying gold, call us today and we will be happy to discuss your options with you.

Although every effort has been made to undertake this work with care and diligence, Core Bullion Traders do not guarantee the accuracy of any forecasts or assumptions. Nothing contained in this presentation constitutes an offer to buy or sell securities or commodities and nor does it constitute advice in relation to the buying or selling of investments. It is published only for informational purposes. Core Bullion Traders does not accept responsibility for any losses or damages arising directly or indirectly from the use of this presentation or data.

How the Russia/Ukraine Conflict is Affecting the Markets.