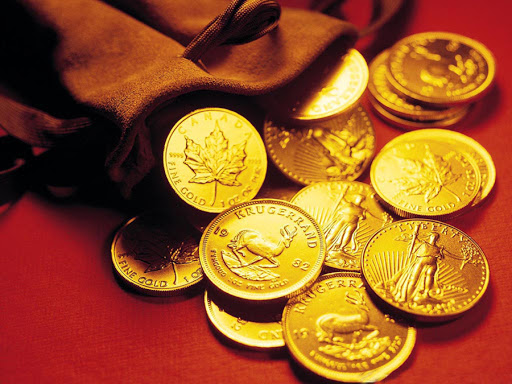 What are the best gold coins to buy?  Although buying gold coins should only be considered in certain circumstances, if you do decide to buy gold coins we’ve put together the following list of the best 5 to buy.

If you are buying for purely financial reasons, we would always advise you buy bars – as you will get better value….Why? I hear you ask – well, when you buy coins you are paying an extra premium due to collector-value, mint charges etc.

So a 1oz coin could cost you anywhere from 1-10% extra (and more in some cases) than a 1oz bar. Now here’s the really bad news; when you go to sell that coin back to a gold dealer you will never make that difference back as we gold dealers pay on weight/gold content alone.

However, there are certain times when, even if you are buying for purely financial reasons, you should buy coins.  For instance if you are offered coins on ‘Special Offer’ or at reduced premium, then they are always worth buying in those instances. Here at Core Bullion Traders we offer a VIP Club, which will give you access to such great special offers – you can join here.

So, if you do decide to buy gold coins what are the best ones?  Based on our extensive knowledge of the gold industry (and the market) here are our 5 best gold coins to buy…

One of the most-traded coins in the world.  You just can’t go wrong with this coin.  First introduced in 1967, the Krugerrand at the height of its popularity, made up 90% of the global gold coin exchange.

The distinctly coloured coin is 91.67% gold and 8.33% copper – the copper is to stop it tarnishing from handling.  Its name is a combination of South Africa’s first president, Paul Kruger, and the Rand Refinery, which mints the coin.

The face of this copper-tinted coin is that of President Paul Kruger in profile. He faces left, his long beard falling down his chest. The reverse side of the coin features a graceful springbok mid-leap. The springbok is South Africa’s national animal, as well as the name of the country’s rugby team.

The one ounce Canadian Maple Leaf gold coin is one of the most ‘secure’ coins to buy in the world. The award-winning Royal Canadian Mint, who produce the coin, is always on the cutting edge of technology. Bullion DNA (Digital Non-destructive Activation) technology, introduced in 2013, is one of their most significant advances.

The technology consists of micro-engraved images on the face and reverse of their 1-ounce gold bullion Maple Leaf Coin. The Mint takes high-resolution photos of every one of these beautiful coins, storing them on secure servers. A special reader, released only to authorised dealers and distributors, allows real-time authentication of one-ounce Maple Leaf coins struck after 2013.  These anti-counterfeiting measures have boosted buyer confidence.

Made of .9999 fine gold, the Canadian Maple Leaf is available in fractional sizes up to five ounces.

On its face, the coin displays a right-facing bust of Queen Elizabeth. The reverse features a single maple leaf, Canada’s national symbol.

The coins are guaranteed by the Canadian government, making this gold coin a solid investment for anyone looking to invest in gold coin or bullion.

The coin’s face features Lady Liberty, she holds her torch high in her right hand and has an olive branch in her left. She stands before the Capitol building on a field of rays. Stars are studded around the outer edge of the coin. The face of the coin shows the year it was minted.

The reverse side holds a vignette of a family of eagles. The male holds an olive branch in his claws.

American Eagle coins are scheduled to be redesigned in 2021 to introduce more up-to-date counterfeiting measures, making this coin an even better investment.  This coin is highly liquid and sought after.

The Kangaroo or ‘Nugget’

First minted in 1987, this coin was initially known as the Gold Nugget, as that was the design on its reverse face. However, the Perth Mint changed the nugget to a kangaroo in 1989, resulting in a name change for the coin.

Australian Gold Kangaroos are produced by the world renowned Perth Mint. The Perth Mint opened in 1899 in response to the discovery of gold deposits in Coolgardie and Kalgoorlie.

At the time, it was Australia’s third branch of the British Royal Mint. The other Australian Mints were located in Sydney and Melbourne which have since been closed.

The coin is .9999 purity making it one of the most pure gold coins on the market. The Kangaroo is available in one kilo (just over two pounds), one troy ounce, half troy ounce, quarter troy ounce, and one-tenth troy ounce sizes.  Fractional size coins offer lower price points than the standard 1oz coin.

Australian Gold Kangaroos have a number of key advantages for both investors and collectors. Gold Kangaroos feature annual design changes which appeal to collectors who want to own each year in the series.  Kangaroos are recognised worldwide which make them easy to buy and sell regardless of what continent you live on.

The Austrian Philharmonic was first released in 1989. This coin filled the gap in the market that the sanctions imposed on South Africa (and therefore the Kruggerand) left in the gold market. A favourite of investors, the Philharmonic was the first European one-ounce gold investment coin on the exchange. Minted by the Münze Österreich AG, the Austrian Mint, it was the best-selling gold coin in Europe within a year of its launch.

All Philharmonic coins display the same design, with only the mintage year changing. These coins boast 99.99 gold and come in 1/10th, 1/4, 1/2, and 1oz weights.  There are also two larger weights—the 20-ounce gold coin and a 1,000-ounce coin called “Big Phil”.

The front of the coin depicts the world-famous pipe organ of the Vienna Musikverein’s Golden Hall.  The Musikverein is the main stage for the Vienna Mozart Orchestra and is the permanent seat of the world-renowned Vienna Philharmonic.

The reverse side of the coin shows a plethora of instruments, featuring the bassoon, Vienna horn, harp, and four violins, all surrounding a cello.

In most European countries, the Gold Philharmonic is not subject to VAT.

I know at the beginning of this piece we said we were listing the Top 5 gold coins, but I couldn’t leave out my own personal favourite gold coin of all!…

Today they are a favourite of accumulators of gold, due to their higher than 1oz weight and their universal ease of liquidation.

The Obverse design was inspired by the image of Nike, the winged Roman God of Victory. The coin actually depicts the iconic ‘el Angel de la Independencia’ or the Angel of Independence. In her right hand she holds a laurel leaf and in her left a broken chain. Behind her are the Popocatepetl and Iztaccihautl, the famous volcanoes of Mexico. On each side of the winged angel are the dates 1821, the year in which the Mexico gained its Independence from Spain and 1947 the year in which 50 peso’s were stopped minting.

The Reverse depicts a picture of an eagle perched on a cactus feeding on a snake, symbolising Mexico’s call to arms. Surrounding this depiction are the words ‘ESTADOS UNIDOS MEXICANOS’ which translates into United Mexican States. Each Mexican 50 Peso contains 1.2057oz of gold.

In comparison to other coins the Mexican 50 Peso is much larger, with a diameter of 37.08mm and a thickness of 2.69mm

It is a beautiful coin to hold and to view.